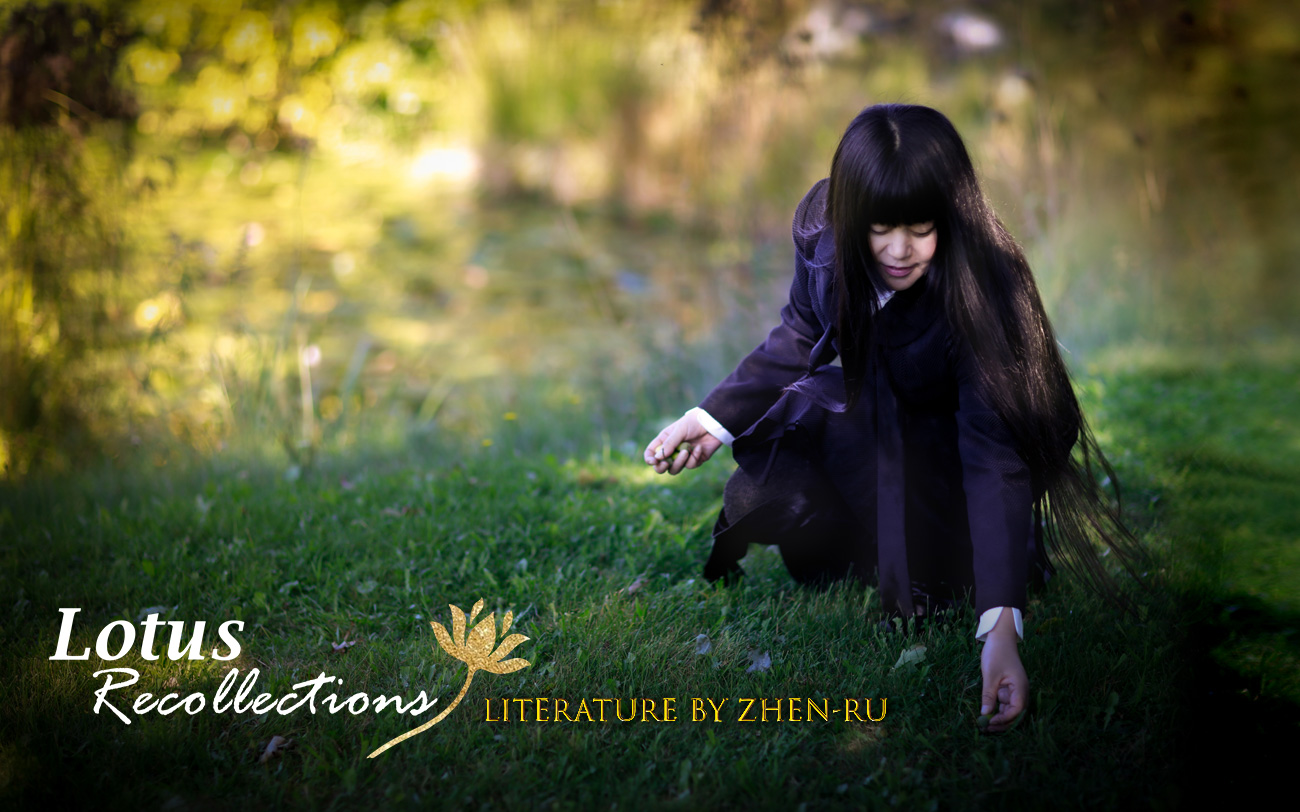 The lawn that's just been cut wafts with the crisp smell of fresh grass. Blue skies, white clouds, green fields, and azure ocean–though picturesque, I like to walk on this small road for other reasons. 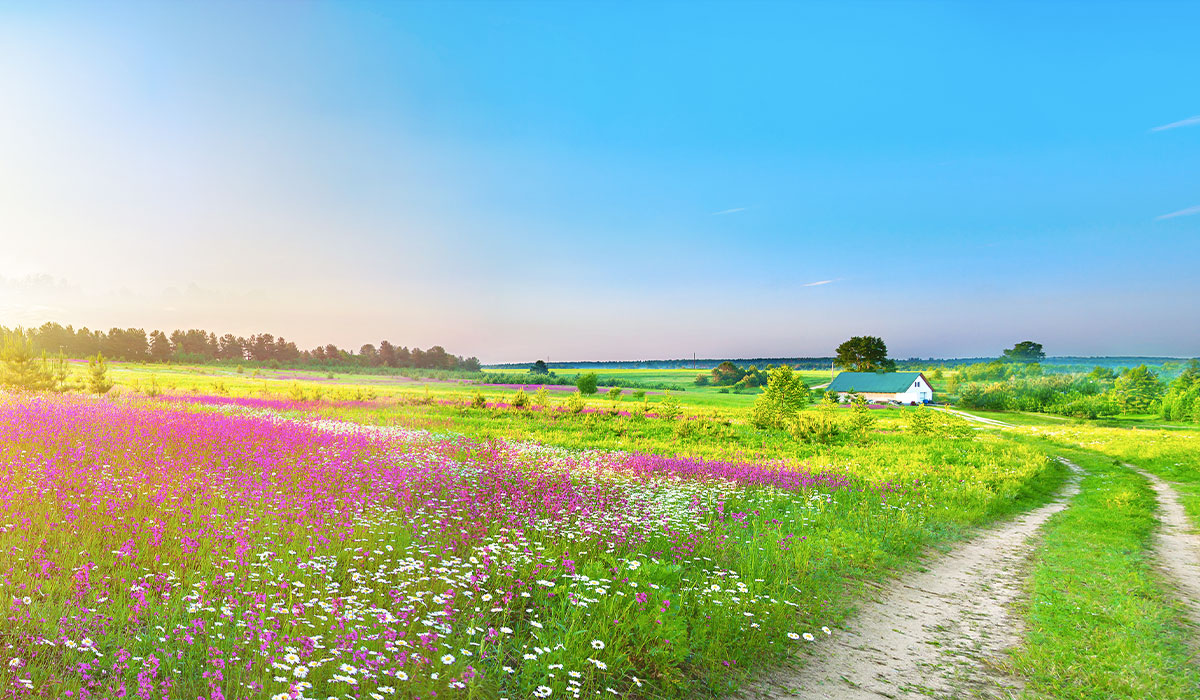 Though the grass was just cut, it grows really quickly! Between the blades are wildflowers that bloom close to the soil. When the grassy field abounds with vibrant yellow flowers, the sounds of buzzing surround the ground. These flowers are beloved by the bees. So, if you choose to walk on the grass, you have to be very careful. The bees are so focused as they’re gathering that they won’t always realize when your foot is just a hair's breadth away. So, when the grass blooms with wildflowers, I choose not to walk in the fields–in case I hurt the bees.

One day, as I was walking on the small path, I lifted my head and saw a cluster of fly-like bugs rushing by. Not long after, I discovered another group! There were many–all flying in the same direction–one after the other. Their physical speed and mental concentration reminded me of soldiers in the military–marching forward as one. That’s when I realized: “Oh! They’re not flies, they’re bees!” At a specific time they all take flight–lifting off the grass–they fly back to the sky-blue hive in my neighbour’s garden.

Spring is when the apple, pear, and cherry blossoms bloom. Their beauty is spellbinding. Often, around these trees are excited bees buzzing as they collect pollen. In a little while–June and July–the peonies will bloom. When they do, the bees become so enthusiastic as if they’ve found treasure! In one large peony there are many bees weaving in and out, engrossed in their collecting as globs of pollen encircle their legs. They rush into the flowers–basking in their joy, lingering, giving their all with passion and vigour as they work. During these times it’s easy to imagine their pink cheeks radiating heat as they eagerly collect pollen. And–they take great pride in their profession! They remind me of people who are passionate about their jobs, and monks and nuns who are passionate about learning the Buddhist scriptures! 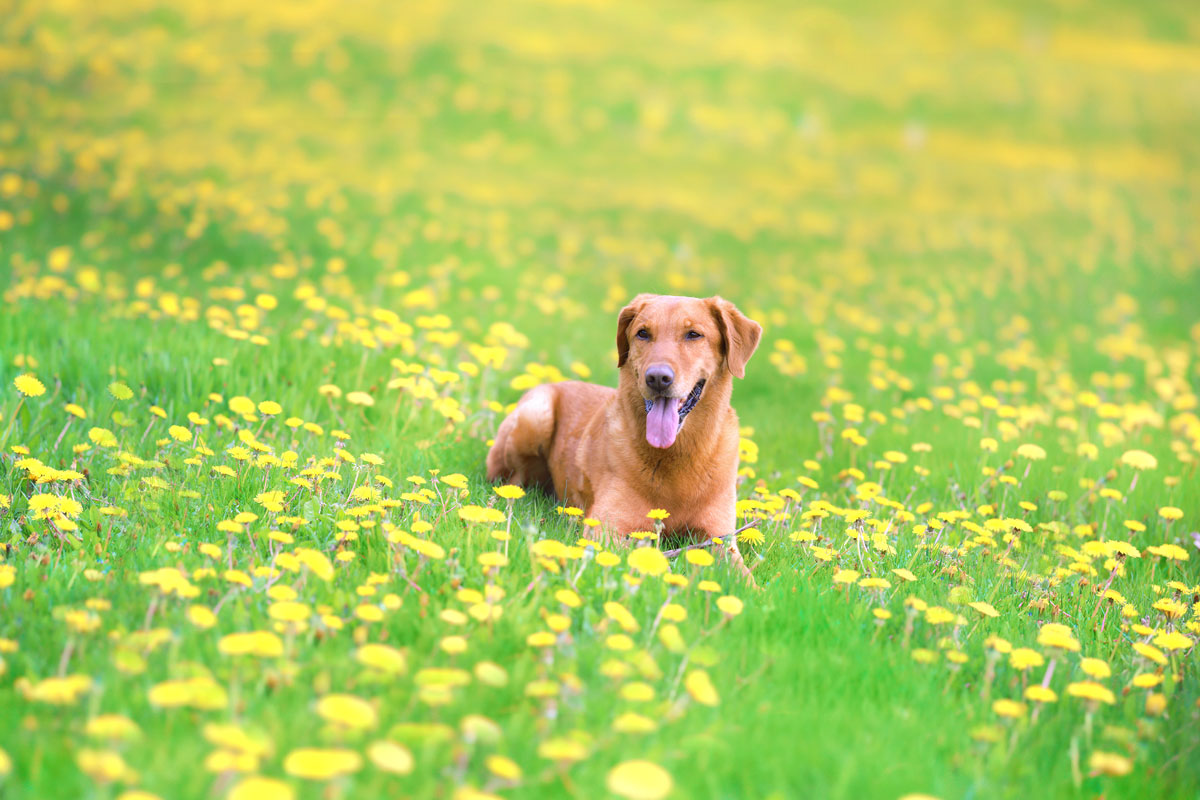 Our freshly cut lawn is jade-green while our neighbour’s uncut grass grows with yellow, blue, and pink flowers. When my labrador’s walking with me, he loves jumping into the flower bushes. When he sees tall grass and flowers, he doesn’t just run, he prances like a deer! Sometimes, he will suddenly stop in a sea of flowers, popping only his golden head out. With adorable, shiny eyes, he looks at me. When that happens, it’s as if all the happiness in his heart, in my heart, and in the flower fields melt into one.

At times, I also see rabbits. Sometimes, I notice an entire family of rabbits having a picnic in the corner of the lawn–today, I see a large grey rabbit with little baby rabbits. They usually eat during sunset. But sometimes, they also come out during noon! They like to eat seedlings, so they’re rarely in the middle of the lawn. They calmly sit on the edges–where the trees grow–and nibble. 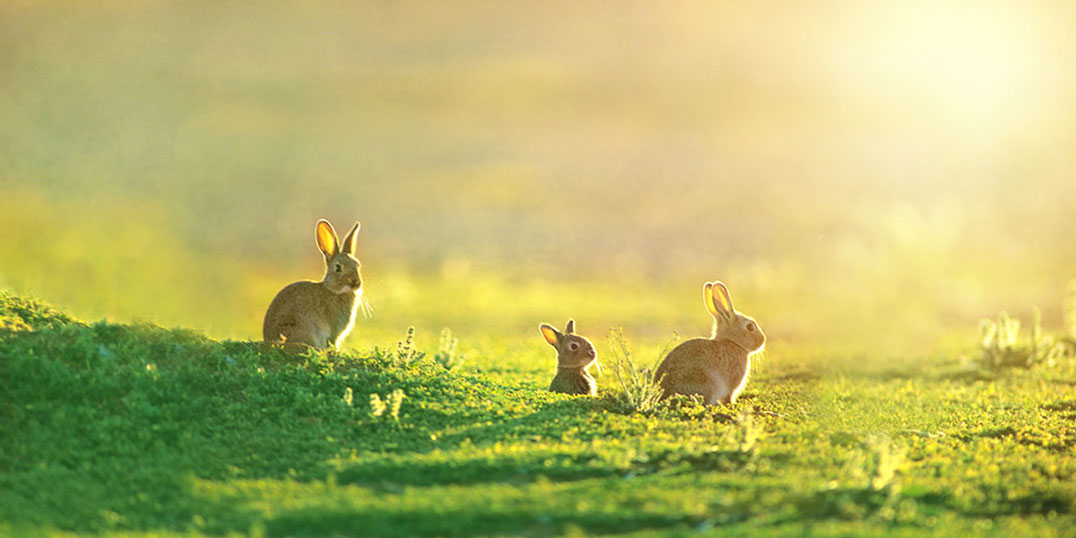 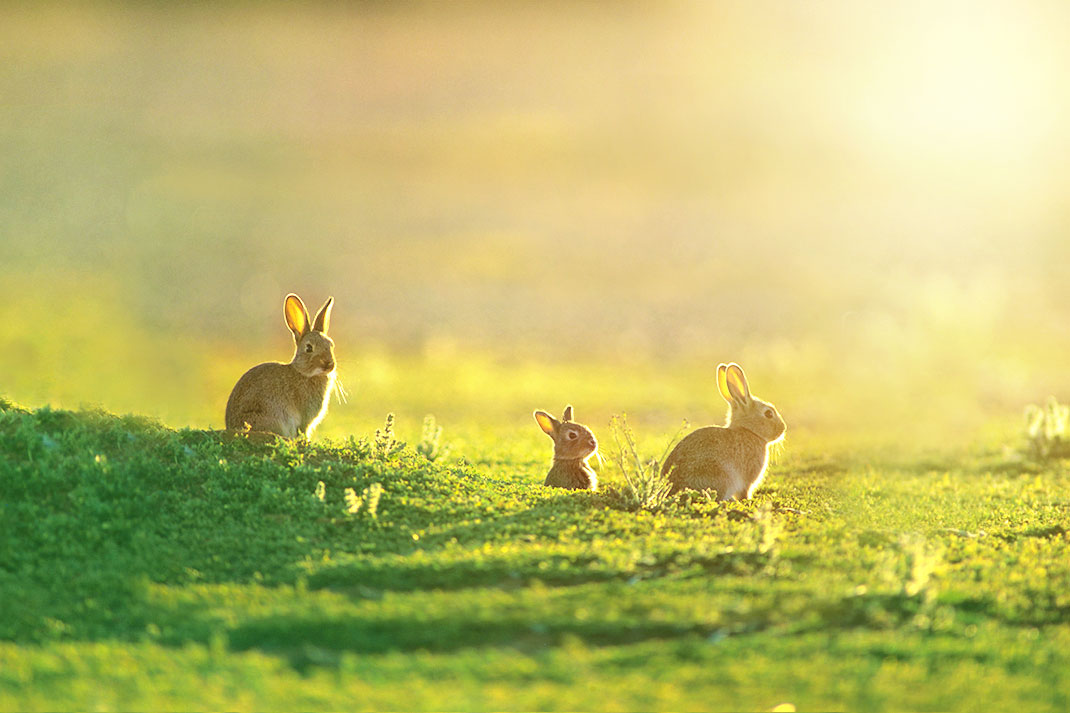 In uncut grass and flower bushes, you can often hear the chirping and buzzing of little bugs. In the summer, it feels like the sounds of insects never stop. In the days and nights, some are brighter and clearer while others are accompanying instrumentals. Tilt your head and listen. When these sounds combine together, they can definitely be called The Small Creatures Symphony! They sing, in grass and on leaves and though they freely make their own sounds, their distinctive tones combine to form a peculiar piece–nature’s orchestra. I don't know why, but when you listen carefully to this music, you might find that the world is peaceful and serene. Hearts grow calm, perhaps gratitude rises, and maybe some even feel touched.

Sometimes on this road I’ll see little living beings that crawl particularly slowly. I worry they’ll get stepped on by people walking by, so I’ll move them to other places. But, when I pick up a leaf and bend down to approach it, it’ll hesitate. When this happens, if I stay calm and unmoving, allowing it to explore the leaf on its own, it’ll relax and crawl on. This is when I’ll pick it up and gently place it in the grass on the side of the road–to prevent others from unknowingly stepping on it. Or ending its life.

Hay sticks, pointy dandelion greens, any tree leaves, even fallen flowers, can be tools to help the little lives on the road speed up their crawling. I think just as people choose cars or boats to travel, these little critters choose to crawl. In some ways, their crawling is like our walking. So, if we can use small transportation tools to help them move more quickly, maybe they won’t be so nervous on the road. But sometimes, if no one is going to be walking by, I let them crawl. I think of it as their marathon. After all, little creatures also need to build their strength. On this road–with no grass to provide cover–they train and bask in the warm sunshine. 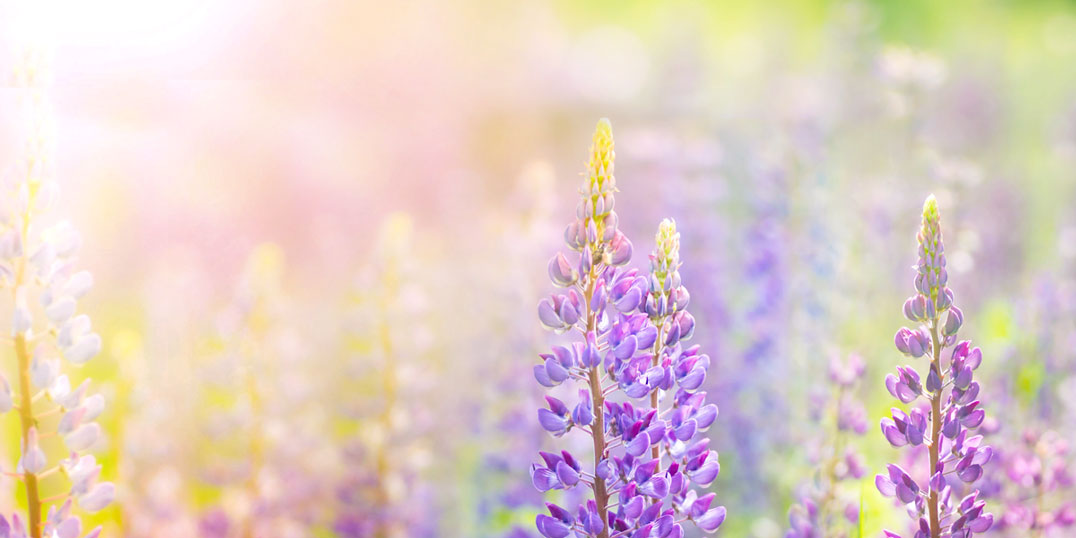 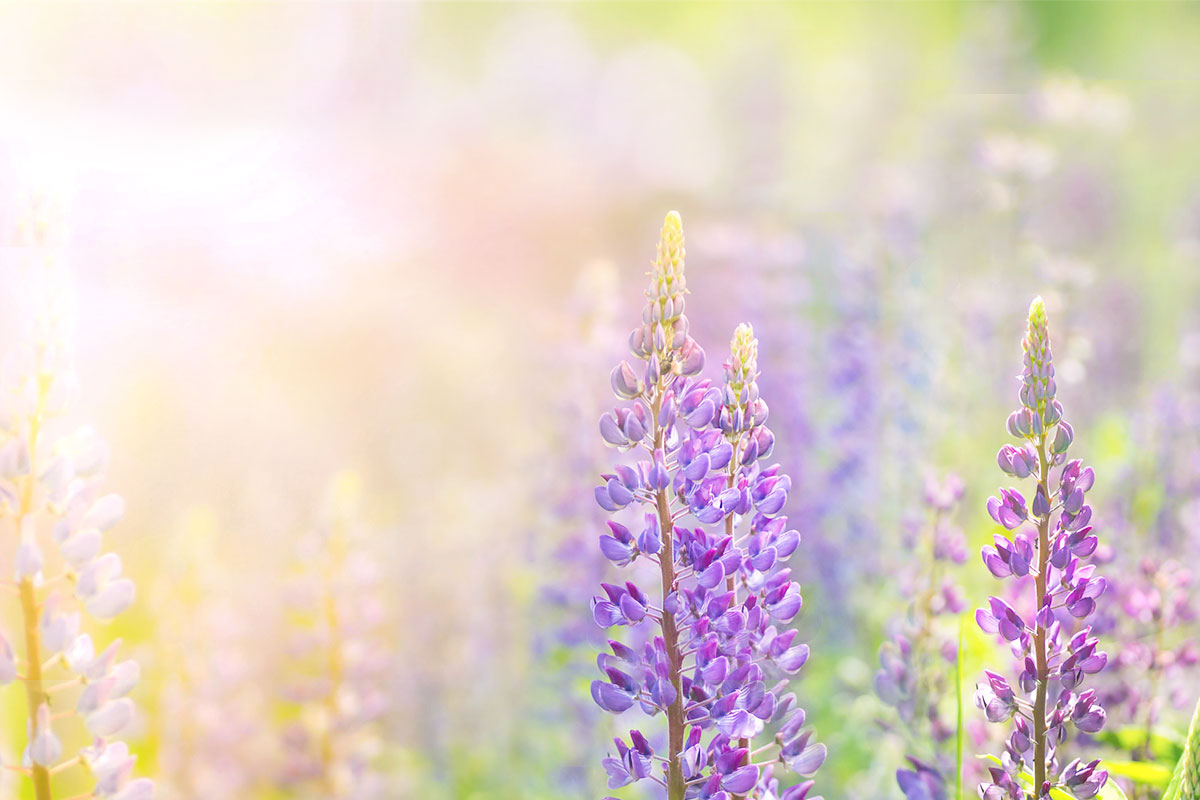 There are so many wildflowers in Prince Edward Island. From spring to summer to fall, wildflowers endlessly bloom, and different flowers bloom at different times. Of course, spring welcomes a sea of yellow dandelions. Later it transforms into the pink-purple world of the lupines, and still later into a plethora of colours belonging to various wild flowers. There is also a pink flower called the lady slipper that blooms in the woods–the Island’s provincial flower. There is another kind of flower that blooms by the roadside in my hometown in the north–we call them steamed bun flowers1. They are yellow, white, and blue, and they’re very beautiful. One stem has more than ten little flowers, and the petals and stamens are different colours. In the fall, there’s another kind of yellow flower that blooms, growing whispilly one after another. As the wind blows when the flowers, pine trees and green grasses line the road, it’s hard to not stop and marvel at them all, in all of their vibrant dimensions.

Sometimes as I’m walking, I’ll suddenly hear a "thump!" Usually, it’ll be an apple that’s fallen on the other side of the lawn. If I’m with my dog, he’ll run over immediately and sniff the fallen apple–then he’ll put it in his mouth. If he’s feeling feisty, he’ll lie on the grass and start eating. But most of the time he keeps the apple in his mouth–sometimes taking a few steps–before leaving it on the grass because these apples in particular are kind of sour!

Apples grow easily on the Island, most of them wild. Some wild apples are actually very sweet. The small ones, holding them in your hand to sniff, are very fragrant and sweet. If you place one on your bedside table, the smell can last for many days. I once brought some of the fresh apples I picked to my friends visiting the Island. Though the apples were not much to look at, when they smelled them their faces broke into smiles, and they exclaimed: “Oh! They smell so good! Such fragrant apples!” And, because they’re wild, they’re pesticide free! 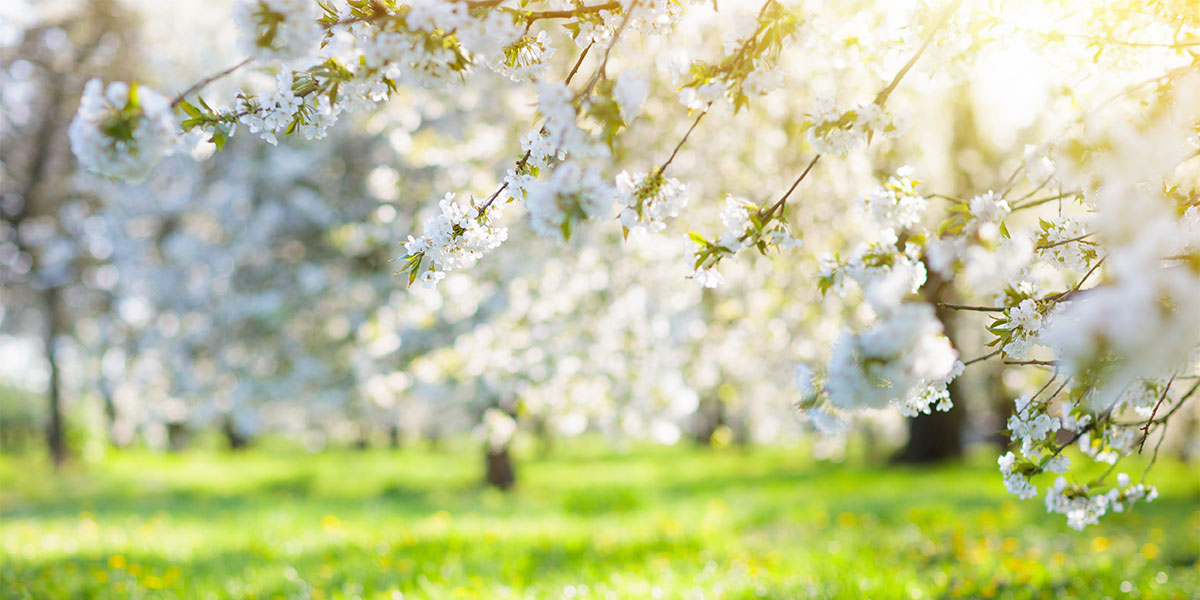 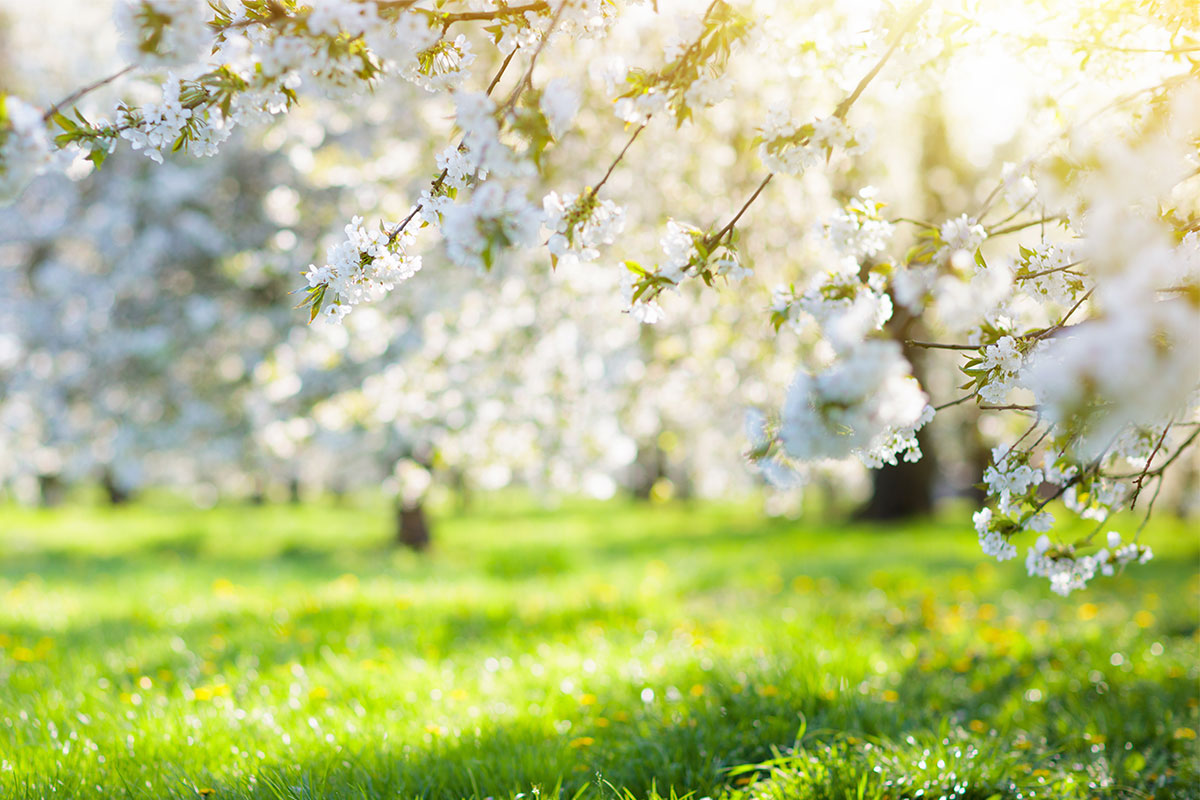 There are so many apple trees on the Island. You can find them just about anywhere! When they bloom with their white and pink blossoms, you’ll think to yourself: So many apple trees! So, every year in the fall my garden will be full of wild yellow and red apples. The monks cherish these wild apples. They collect and wash them to make liquid fertilizers, handmade soaps, and sometimes jams–though these jams are slighter darker than their store bought counterparts, when they’re spread on bread they’re really fresh and delicious.

I’m used to living in big cities and walking on barren roads, so I never worried about the little lives under my feet, because there were none. Coming to the Island, I was surprised to discover that no matter where I chose to stroll there were other lives. They too were strolling.

So, at first, I refused to go on walks!

Later on, I thought of a way: bend and continuously look down.

I walked very carefully, as if with every step I could land on a mine. This made every walk very exhausting, until slowly, slowly, I learned to weave around the little lives. My feet learned to avoid them, my eyes learned to see them from a distance so that with one quick glance I noticed where they were. And sometimes, I could help them! Though most of the time, they added lots of delight to my exercise–I could observe them, wonder what they were thinking, and what they wanted to do. Or I could send them prayers of refuge, or recite them the Heart Sutra.

Once, I saw a bee lying on the road. At the time I thought: Are you still alive? Are you breathing? Its legs weren’t moving. So, I kneeled down to take a closer look. It was still breathing. Looking even more carefully, I noticed that two ants were biting it! So, I picked up a thin stalk of hay to hurry them away. Then I took a green leaf and flipped the bee onto it. It was lying on the green leaf, looking out of breath. After a while, it slowly calmed down and I gave it some raw creamed honey. Then, I placed it where the ants couldn’t find it.

When I meet a little being that’s hurt, I usually bring it to a safe and quiet place to heal. After a few days–when it recovers–I return it to the garden.

When I’m walking with my head down–looking–sometimes I’ll hear an uproar rising from the sky. Looking up, I notice a platoon of wild geese. Sometimes, they’re arranged in a ‘v’, at other times in a squiggly ‘l’, honking. Magnificent, heroic, and unrestrained in the cerulean sky, they fly past me, past the green pastures, past the forests and into the distance. Their strong silhouettes hold my attention–enraptured–until they disappear into the skies. Sometimes a flock of geese flies over and another flock follows; sometimes, a flock is gigantic with hundreds of wild geese, flying together and covering a great expanse of earth and sky–as if with their courage and magnificence, they are planning to conquer the world!

Their reverberating cries are beautiful, their bodies vigorous and strong, paired with the azure sky, silver-blue ocean, and jade green grass. I’m struck by this awe inspiring scene. 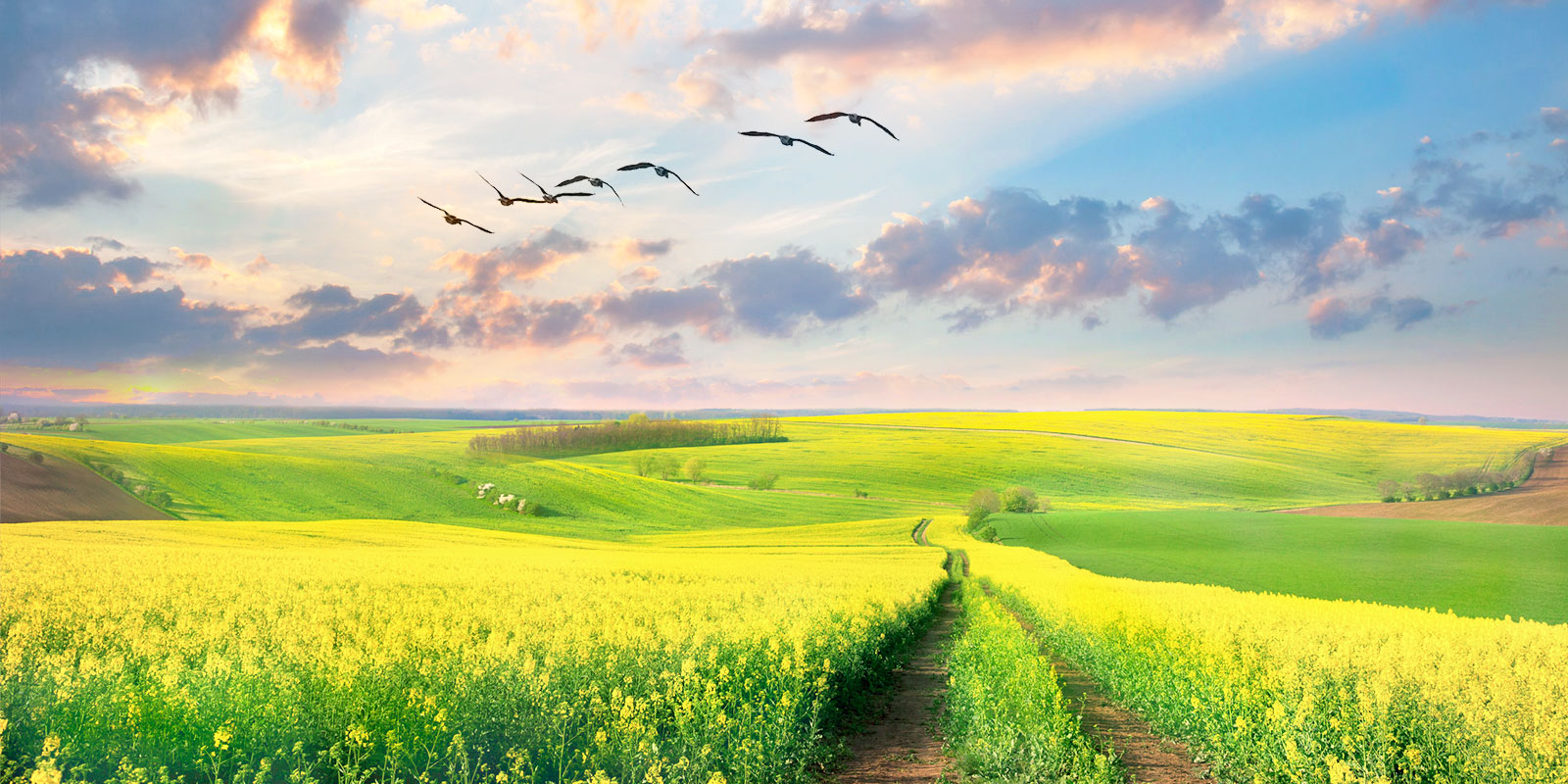 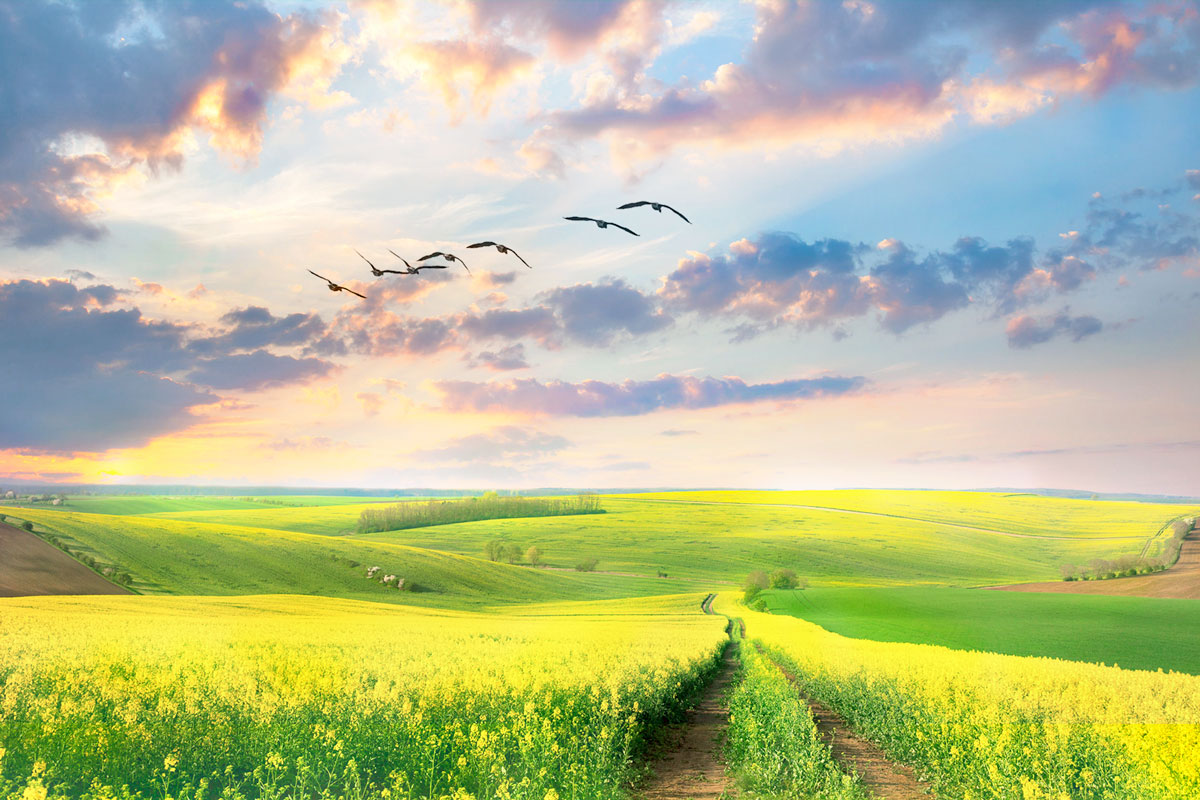 Welcome to share your thoughts and comments. Your message will be published in about 24 hours.